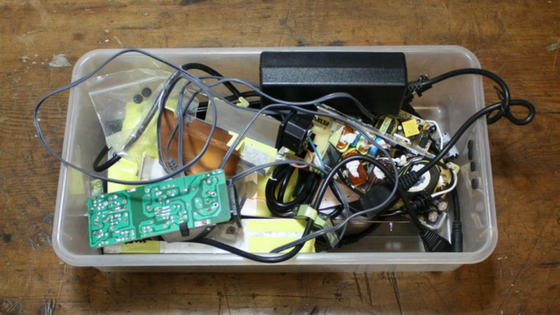 It's about 100 degrees out and Jose is circling the parking lot yet again to find an open parking space.  Wildly outnumbered by Back-to-School shoppers, he's anxious to get those spiders before they sell out.

Jose is not a spider collector but he is starting his first student maker's club.  Robotic Spiders just happen to be the focus of his club's very first project.  Jose is on a mission to grab as many Spiderbot kits as he can find at the discount chain.  $5 may not sound like much but when your club boasts 28 kids, project costs multiply quickly.  " You can tell several are all-in already.  They tend to hover around Roberta and ask endless questions" says Jose Molina, Director of IT.   Roberta is Jose's experimental 3D Printer which was cobbled together from materials that he had on hand.

Visit any experienced builder and you are likely to find some "extra" tools and parts.  These parts accumulate in the "someday" pile and and it often ends there.  The FREEStore was started by OpenBuilds as a way for builders to clear out the "someday" box and put those tools and parts into the hands of builders who can use them.

"The truth is you never know when someone's trash will be the treasure you're looking for"  adds Jose.

For Anthony Bolgar, the FREEStore spoke to his belief in helping others in the Open Source Community.  As a maker himself,  Anthony has volunteered his time to collaborate on a number of projects.  Most recently,  Anthony has been working with a team of developers on the LaserWeb/CNCWeb open source software project.   A project of this size requires research and test machines.  The Open Source and OpenBuilds community have provided donations to help this project along.

"I truly believe in the (OpenBuilds) FairShare program, as well as the maker movement in general.  Donating items to the FREEStore is just my way of trying to give back a little in return for the help I've received."

Anthony initiated one of the largest FREEStore giveaways to date by offering Stepper Breakout Boards that had been made by LaserWeb co-conspirator Peter van der Walt.

"I'm a hoarder by nature, as are most makers, but there is a limit to how much stuff I can truly see a need for..."

OpenBuilds founder and CEOO7, Mark Carew, is also a Builder with a box of "extra parts" in his lab.  He wanted to find a way to make these items available to the OpenBuilds community.  Mark crafted the FREEStore where both he and the OpenBuilds Team have devoted time to launching the store and posting their own FREEStore ads.

"It's exciting to see the FREEStore coming to life.  We are already learning about projects that were enabled through the FREEStore and are excited for what it is becoming to the Building community.  This effort is different from the OpenBuilds Part Store (which stocks the brand new OpenBuilds hardware)  in that the continually changing member posted ads draws upon people's creativity.  There is no set list of parts available, it's more like a garage sale, you never know what you are going to find in the FREEStore each day. I believe this randomness in itself will inspire and spark ideas. "

Meanwhile, a small charter school in Pennsylvania receives a package containing some of Anthony's breakout boards.  The Robotics Club and it's busy leader Jose are grateful for the donation.  "...these parts represented something I didn't know existed ... that opened other new project doors.  Keeping an open mind to the projects ... is the best way to approach the FREEStore."

How can I help?

"...clean out your workshops ...  It does not matter what they are, somebody somewhere will eventually find a need for them." encourages Anthony.

Jose offers this advice to those looking for ways that you can help support the next generation of inventors: 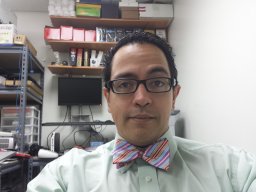 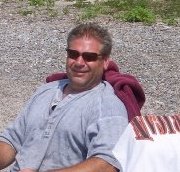